It’s clothes-stickingly humid in Washington, so no better time to remember some highlights of my (cool) spring trip to Europe.

Brian and I started out in Rome, where we had just four days to pack in the highlights: Coliseum, Forum, Vatican, Pantheon, and of course eating lots of yummy Italian delicacies.

The opening at the top of the Pantheon

I’m proud to say we covered most Roman-tourist ground, eating the obligatory pizza, pasta, wine, and probably the best gelato I’ve ever had (heavenly pistachio). 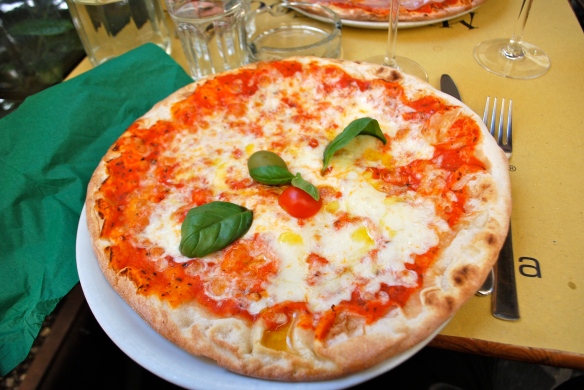 I particularly enjoyed touring the Coliseum—it’s so well preserved you can picture the gladiators, exotic animals, and all those spectators with their picnic lunches. A few fun facts: The word “arena” means sand in Latin, since the Romans would cover the wooden floor of the Coliseum with sand to soak up the ever-present blood. (I felt bad for the poor giraffes, tigers, bears and other critters sacrificed by the dozen.)

If you were a particularly skilled gladiator, you could be selected as the Emperor’s personal bodyguard. Also cool: Roman citizens were given free tickets to events at the Coliseum, which often served as a sort of PR stunts for emperors.

The Sistine Chapel was also worthy of its incredible reputation. We spent a lot of time resting our weary feet and studying “The Last Judgment.” My favorite section was where Michaelangelo had painted one of his critics with donkey ears and snakes covering his privates!

Spiral staircase at the Vatican

The weather was beautiful and we found Rome easy to get around—for about 30 Euros you can get a Roma Pass, which gives you total access to transportation like buses and metro as well as entrance to two museums without waiting. (Unfortunately it didn’t work at the Vatican Museums, where we waited at least an hour and half to get in.)

Next stop was Paris. I’ve never been in springtime, but alas the weather was pretty much chilly and rainy. Even so it’s hard to put a damper on the City of Light, and we enjoyed brisk visits to the Eiffel Tower, Notre Dame, and the Catacombs. We also roamed a good bit of the Louvre and the Musee D’Orsay, the latter being the the repository for most of the Impressionist masters. 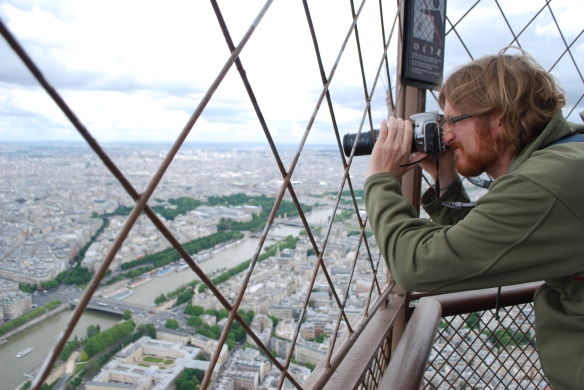 View from the Eiffel Tower

I was happy to see some Cezanne works painted from Aix-en-Provence, the city where I studied abroad. Speaking of Aix, I got to visit for a few hours on my last day (stopped there on a TGV train from Toulouse). I remembered my old apartment and haunts, and was surprised to discover that the walk to my university through the windy streets was nowhere near the uphill slog I remember! Maybe because that was before I really exercised. 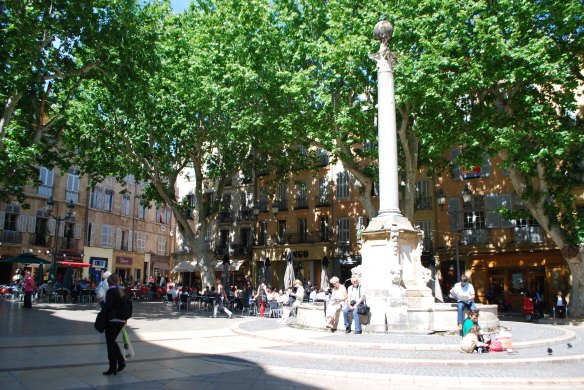 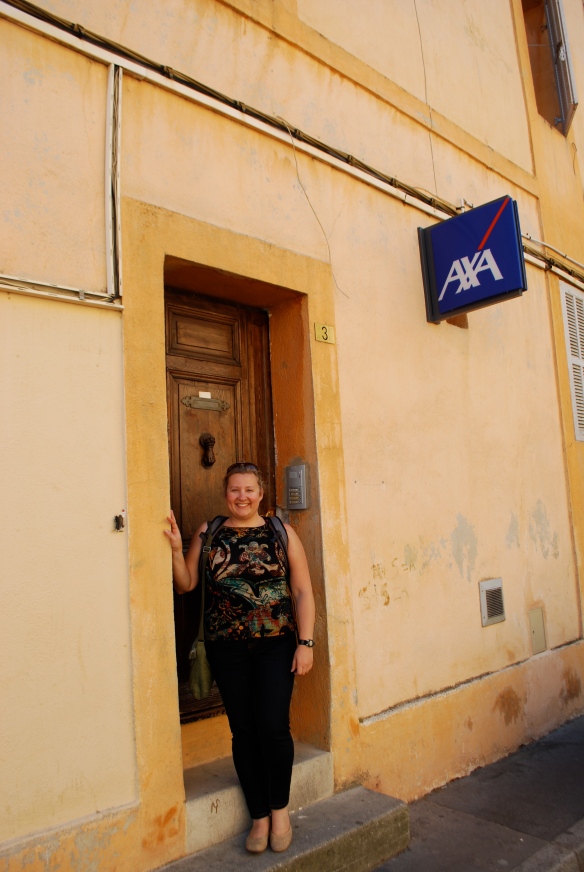 At my old university in Aix

We also spent some time in Toulouse in southwestern France and Marseille, the city where my Dad lived until he came to the States at the age of 8. He showed us the apartment where he lived and the beach where he went after school in the summer. (Going to the beach sounded like a much more awesome afterschool activity than playing Mario Bros, which is what I usually did!)  We only saw the touristy areas of Marseille, but I thought it was pretty, and the Mediterranean was gorgeous.

Marseille and the Med