In May I spent a week roaming Florida during the Scripps Howard Institute on the Environment and Science.

I was happy to get out of my office seat for a few days and learn about science in the process. Most of our activities took place at the Florida International University campus in Jupiter, where several scientists gave us presentations on topics ranging from sea level rise to coral reef ecology.

To balance the science lectures, each day had a field trip—the first day, for instance, we canoed the Loxahatchee River, a National Wild and Scenic River. We encountered a few lurking alligators! 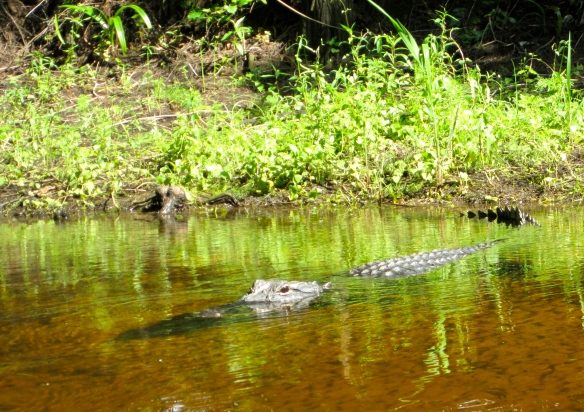 We also got lucky with wildlife during our visit to the northern Everglades, where we saw an endangered snail kite, several other species of birds, and a cool flightless grasshopper called a lubber. 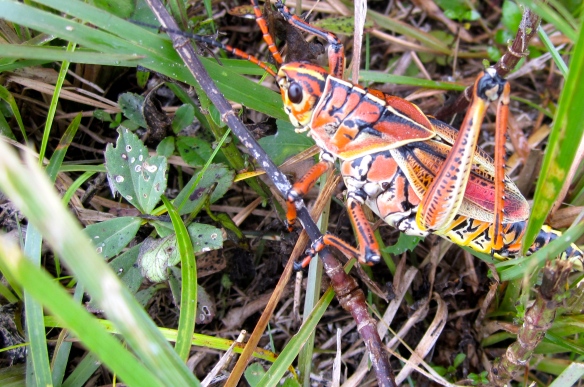 The most interesting excursion was to the Lake Wales Ridge, a section of scrub habitat that runs through Florida’s spine. I had no idea Florida had such an environment—it almost looked like southern California, very arid. During our scrub hike someone spotted a napping baby screech owl, and many a scrub jay (a bird native to the habitat) came to pay a visit. 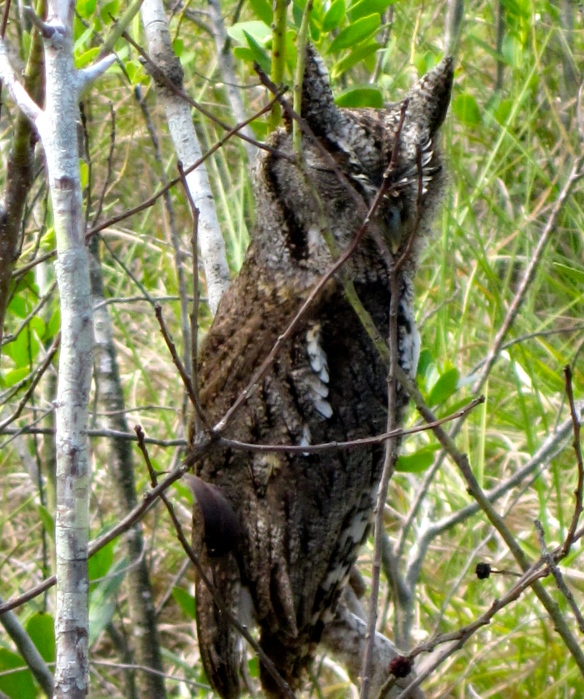 I also enjoyed spending a week with more than 20 science journalists of various media and backgrounds—some of whom were old friends!